Raymond Terronez Jr. started performing for the Quad Cities Ballet Folklorico in 1992 at the age of 7.  He has spent most of his performing years under the direction of Mr. Arnulfo Camarillo, founder of the QCBF.  He has also participated in folklorico workshops coordinated by Rommy Lomeli (Guadalajara, MX), Juan Carlos Salcedo (Colima, MX), Lupita Pena (Guadalajara, MX), and Abrhm Aldana (Guadalajara, MX).  He traveled to Arizona in 2001 for the Tucson International Mariachi Conference in which he studied under the renown Choreographer/Director Rafael Zamarripa (Colima, MX).  Ray has received the 2 year and 7 year recognition awards from the QCBF and has danced for numerous events throughout the Midwest as well as representing the QCBF in California, Florida, and Texas.  Ray became an Assistant Instructor under the supervision of Karina Camarillo in 2006 and eventually became the Director/Lead Instructor in 2008.  He has orchestrated many events for the QCBF including the 25th Anniversary Gala (2009), the Augustana Recital (2011), the 30th Anniversary Banquet (2014), the Mexican Fiesta IX Recital (2015), Mexican Fiesta X Recital (2017), the QCBF Summer Showcase (2018), and the Mexican Fiesta XI Recital (2019).  He also helped establish Pasos con Amigos (PCA), the QCBF’s first mentor program in 2016 as well as the QCBF Education program.  He formed the QCBF's first Competition Team as well as secured the first QCBF dance studio.  In 2018, Ray collaborated with Ballet Quad Cities to choreograph a scene in The Nutcracker, which was performed at the Paramount Theatre in Cedar Rapids, IA and the Adler Theatre in Davenport, IA.  He graduated from Alleman High School (Rock Island, IL) in 2003 and went on to get his Bachelor's Degree from St. Ambrose University (Davenport, IA) in 2007.  He was a 4-time varsity letter winner for the Men's St. Ambrose University Soccer Team, served as the President of the Latinos Unidos de St. Ambrose (LUSA), selected for the 2006 SAU Champion of Character Award, 2014 EM Mexican Independence Day Distinguished Service Award, was Co-Grand Marshall of the 2014 EM Mexican Independence Day Parade, the recipient of the March 2015 WQAD & Ascentra Pay It Forward Award, and received a special recognition award from the QCBF in 2019.  He is employed by the Social Security Administration, where he serves as a Claims Specialist.  He is married to Cristal Terronez with two children - Rey and Xitlali Terronez, and has a handsome yorkie named Oscar. 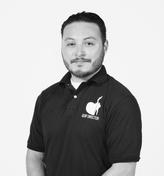 Sonia Herrera started dancing with the Quad Cities Ballet Folklorico at age 14 in 1998.  Sonia had the honor of first being an Assistant Instructor under the supervision of Sr. Arnulfo Camarillo Sr., founder of the QCBF in 2000 and helped him until early 2005.  She has participated in workshops taught by Rommy Lomeli (Guadalajara, MX), Juan Carlos Salcedo (Colima, MX), Cesar Quintero (Veracruz, MX), and Abrhm Aldana (Guadalajara, MX).  She traveled to Guadalajara, MX in 2004 to continue studying the art of ballet folklorico.  In 2001, she participated in the Tucson International Mariachi Conference with special guest instructor Maestro Rafeael Zamarripa Castaneda (Colima, MX).  Sonia has received the 2 year and 7 year recognition awards from the QCBF and danced for countless events.  In 2015, Sonia has returned to assist Mr. Raymond Terronez Jr. and in June 2015, was honored with the request to serve as a board member for the QCBF.  Sonia graduated from United Township High School in 2001 and went on to get her Bachelors Degree in Business Management with a minor in Finance from Western Illinois University in 2007.  In 2009, she decided to return to Black Hawk College to follow her dream becoming a Registered Nurse and served as a board member for the National Student Nurses Association.  She has been employed by Genesis Medical Center-Silvis Campus since 2013.  She received the Outstanding Preceptor Award in 2014, participated in a LEAN event making changes to both Surgical and Telemetry Nursing Units and the Orthopedic Surgical floor, and served as the Nurse Partnership Council representative.  She has two sons, Kaiden (10) and Octavius (8) Hickman.  Octavius is a current dancer of the QCBF.  She continues a wonderful relationship with their father, Breon Hickman III.  She also has the honor of holding the 2012 title of the Most Magnificent Mom, a contest ran by a local newspaper.

Andrea Martinez started dancing in the Quad Cities Ballet Folklorico at the age of 14 in 2015. Upon graduation, she decided to continue dancing by staying as an Assistant Instructor for our Small group. During her 4 years of dance she was able to accomplish many things. She had the opportunity to compete in the 2017 Rainbow National Dance Competition. Andrea won Dancer of the Year Award in 2017 and her 2 year recognition the same year from the QCBF. She also became one of the PCA coordinators which is where her love of teaching children grew. Andrea graduated from Moline High School in 2019 and plans on continuing her education to become an ESL teacher. 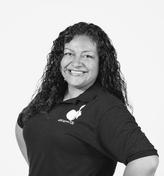 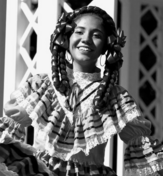